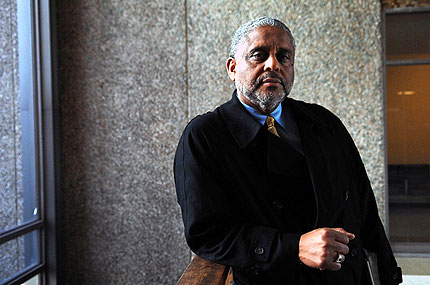 Ralph Cingcon, Attorney at Law, A Criminal Defense Lawyer, sometimes referred to as Stockton’s Silver Fox. He was established in 1980 as Stockton’s first Black Assistant District Attorney. He tried more cases than anyone in Stockton history. Born and raised in Stockton, Mr. Cingcon graduated from Edison High School in 1964.

After Highschool Mr. Cingcon enlisted into the United States Army (1st Air Cavalry) From 1965 – 1968 and did tours in: Vietnam and Germany. Mr. Cingcon received his bachelor’s degree from the University of California, Berkeley in 1973 in Political Science.

He quickly received his law degree from University of California, Hasting Law School in 1976. Mr. Cingcon is the first African American to be a Deputy District Attorney of San Joaquin County.

His love and dedication for law empowered Mr. Cingcon to teach at San Joaquin County Police Department for 7 years. Mr. Cingcon has been a criminal Defense attorney from 1985- until present day and he has tired over 200 Jury trial including 60 murder case with 10 NOT GUILTY VERDICTS.

Mr. Cingcon has been married to his wife Betty Cingcon for over 50 years. Together, they have 10 children and over 25 grandchildren. Mr. Cingcon hobbies include Horse racing, and screen writing for plays.